Don’t Let On To Da

Happy Mother’s Day To My Favourite Parent. Just don’t let on to Da. 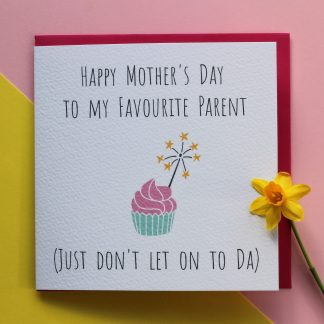