Mother’s Day Card For A Legend

From One Absolute Legend To Another

Funny Mothers Day Card For A Mum Who Is A Legend. The card reads “Happy Mother’s Day – From One Absolute Legend To Another”

Why not make someone’s Mother’s Day extra special with it.

When is Mother’s Day For Legends 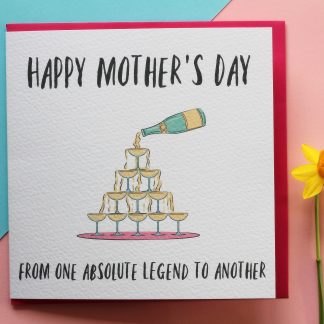 You're viewing: Mother’s Day Card For A Legend £2.95
Add to basket