View basket “Elf On The Shelf” has been added to your basket.

“Roses are red,
Violets are blue
You’re a desperate oul melter
but sure what can you do?”

The card reads “Roses are red,
Violets are blue
You’re a desperate oul melter
but sure what can you do?” 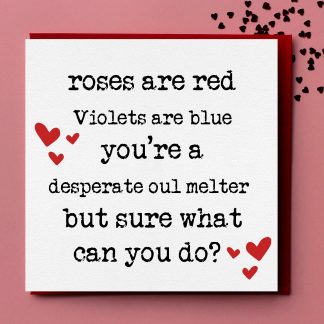