“Still The Best Damn Decision I Ever Made – Your Valentine” 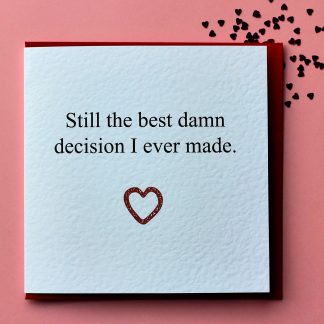