“Valentine – You float my boat”

The card reads “Valentine – You float my boat” 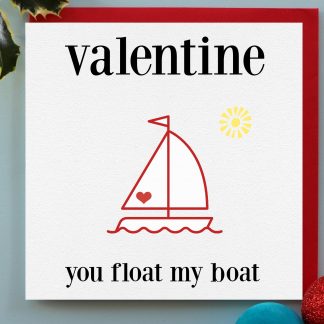 You're viewing: Valentine Float My Boat £2.95
Add to basket