“Happy First Mother’s Day. You’re brilliant and we love you.”

Why not make some ones Mother’s Day extra special with it. 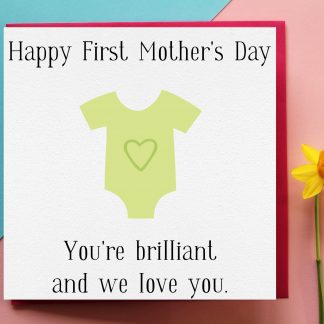