Mother’s Day – Sure You Know Yourself

Sure You Know Yourself

“Happy Mothers Day – Sure You Know Yourself” 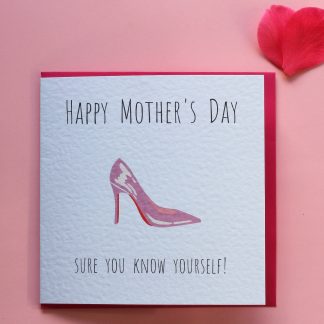 You're viewing: Mother’s Day – Sure You Know Yourself £2.95
Add to basket