Top Ma. Fair play to you. I turned out great.

“Top Ma. Fair play to you. I turned out great.”

When is Mother’s Day For Your Top Ma 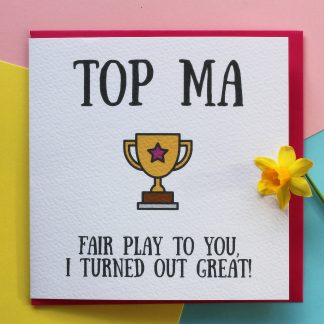