Mother (noun): The person who knows you the best and loves you the most.

Mother – the person who knows you the best and loves you the most. 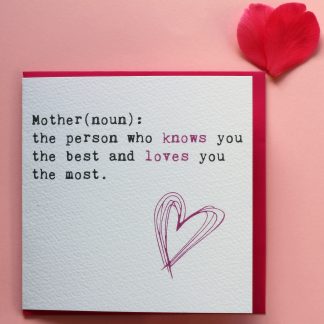