The Ma The Myth The Legend

Mum – The Ma The Myth The Legend

Mother’s Day Card  for a Ma, Myth And Legend. 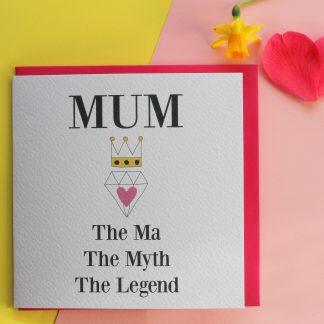 You're viewing: The Ma The Myth The Legend £2.95
Add to basket